DULDIG BOOK CLUB
1st Thursday of the month, 10:30am and 6:30pm
Join us in the new venture and travel with us to the ends of the earth with tales true and bold ... the reading list will be diverse and promises to generate many stimulating conversations.

Health and safety advice:
Your safety and well-being is of utmost importance to us and thus we are implementing the following measures to ensure we can all return safely and feel comfortable within the Studio:

ACCESS FREE AUDIO AND E-BOOKS WITH BORROWBOX
Borrowbox is a great way to access free eBooks and eAudiobooks through your library service. Find out more 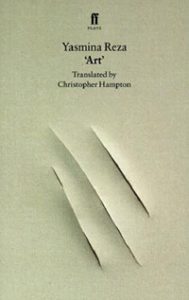 The Tony Award-winning play that focuses on the meaning of art (in the form of a solid white painting) as well as the meaning of friendship, to both the man who bought the painting and the two friends who come to see it. 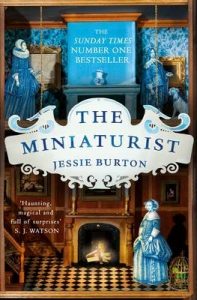 Thursday 2 July - Art by Yasmina Reza (Facilitated by Elizabeth Tulloh )
The Tony Award-winning play that focuses on the meaning of art (in the form of a solid white painting) and friendship, to both the man who bought the painting and the two friends who come to see it.

Thursday 3 September - The Fireflires of Autumn (short stories) by Moreno Giovannoni (Facilitated by Elizabeth Tulloh)
The Fireflies of Autumn takes us to the olive groves and piazzas of this little-known Tuscan village. There we meet Bucchione, who was haunted by the Angel of Sadness; Lo Zena, his neighbour, with whom he feuded for forty years; Tommaso the Killer, the Adulteress, the Dead Boy and many others. These are tales of war and migration, feasts and misfortunes – of a people and their place over the course of the twentieth century.

Thursday 1 October - Bruny by Heather Rose (Facilitated by Fiona Clarke)
Why is a massive bridge being built to connect the sleepy island of Bruny with the mainland of Tasmania? And why have terrorists blown it up? When the Bruny bridge is bombed, UN troubleshooter Astrid Coleman agrees to return home to help her brother before an upcoming election. But this is no simple task. Her brother and sister are on either side of politics, the community is full of conspiracy theories, her mother is fading and her father is quoting Shakespeare. Only on Bruny does the world seem sane. Until Astrid discovers how far the government is willing to go.

Thursday 5 November - With Just One Suitcase by Cheryl Koenig (Facilitated by Elizabeth Tulloh)
This epic book, spanning two continents, recounts the story of three generations of two families whose lives unexpectedly intersect in their adopted country. Beautifully capturing the loss faced when war dislocates families, it also tells of the struggles and challenges of starting anew and adapting to a different way of life. With Just One Suitcase serves as a tribute to the courage and resilience of two men who bear the scars of war, and face adversity without surrendering their optimism for the future.

An Officer and a Spy by Robert Harris (published 2013)
Recommended by Fiona Clarke: This is a true story about the 1895 'Dreyfus Affair’ that divided the French nation. It is an incredible read and has just been made into a successful film in 2019 by Polanski (of all people!).  I propose we choose this as our June book.  It’s a little longer than usual but with two months’ notice I hope you can all squeeze it in!

Recommended by Janine Kibblewhite: I am thoroughly enjoying the writing style and keen observations of the author when describing the desk he inherited ..”there were shadows on the walls where [his] pictures hung, burns on the desk from his cigarettes, ring marks on the table from his drinks.  A worn track in the carpet shows where he used to push back his chair.  His presence oppresses me.”   And the description of the end of the day “… the bells of Our Lady of Rouen begin to peal – heavy sonorous, the noise rolls across the river like a barrage, and when it stops, the sudden silence seems to hang in the air like smoke.”
There are also many relevant themes: Politicians expressing personal views, the strength of long friendships, crowd behaviour, “justice corrupted in the name of national security” and I can’t wait to delve into it further.

Travelling in a Strange Land by Irish acclaimed writer David Park (published 2018)
Recommended by Fiona Clarke: This is an absolutely compelling read and very relevant to families today.

Love and Ruin by Paula McLain (published 2018)
Recommended by Fiona Clarke: The tumultuous relationship between Ernest Hemingway and Martha Gellhorn in 1937 in Spain during the appalling civil war and a few years later in Cuba

The Silence of the Girls by Pat Barker (published 2018)
Recommended by Fiona Clarke: a brilliant re-telling of Homer’s epic poem that inspired David Malouf with his Ransom. It focuses on the cost of war to women through the eyes of Achilles’ concubine Breisis.

Dominion by C. J. Sansom (published 2012)
Recommended by Janine Kibblewhite: this book was recommended to me by fellow Duldig Book Club member Sue.  It is based on an alternate history – what if Halifax succeeded Chamberlin as Prime Minister in 1940 instead of Churchill and a peace treaty was signed with the Nazis.  Fast forward 12 years and see how increasing government control has impacted society and see how “perfectly decent people could turn out to condone terrible things.”  The themes of loyalty, when is it necessary to hide the truth, and the danger of dividing people by nationality and religion as well as a thrilling end.

We would love to hear your recommendations and ideas on how we can keep in touch. Email us via this link.
Tell us:
A book I would like to recommend is ……….
By ……
This book is about …..
I enjoyed it because ……
Any other comments/suggestions for Book Club.....

Fiona Clarke
Fiona Clarke graduated from the University of Melbourne with a B.A (English and History), B. Social Work, B. Litt (Fine Arts). She later completed her Graduate Diploma of Education Secondary (English and History) from Monash University. While her early career was in Social Work, including four years at the Royal Children’s Hospital, subsequent to having a family, Fiona changed careers to focus on her love of art and books. Having completed her teaching qualifications, Fiona worked as a sessional teacher at the National Gallery of Victoria for thirteen years. In that time, she also facilitated the NGV Book club for three years and curated two NGV Writers Festivals. Fiona has also been a voluntary guide at the NGV for approaching 20 years. Fiona has now facilitated the Duldig Bookclub for over 2 years.

Elizabeth Tulloh
Elizabeth Tulloh graduated from the University of Melbourne with a BA(Hons) in English Literature and Fine Arts, then went on to complete a Diploma of Education. After teaching for many years in government and independent schools, she completed a BLitt(Hons) in Journalism at Deakin University and a Diploma in Editing and Publishing at the University of Southern Queensland. For about ten years, she focused on writing - work which included newsletters and reports for an indigenous community in the Geelong region, several secondary school History and English textbooks, and two community histories. Elizabeth has recently returned to teaching part time, but is also a voluntary guide for the NGV and continues to write when the opportunity arises.